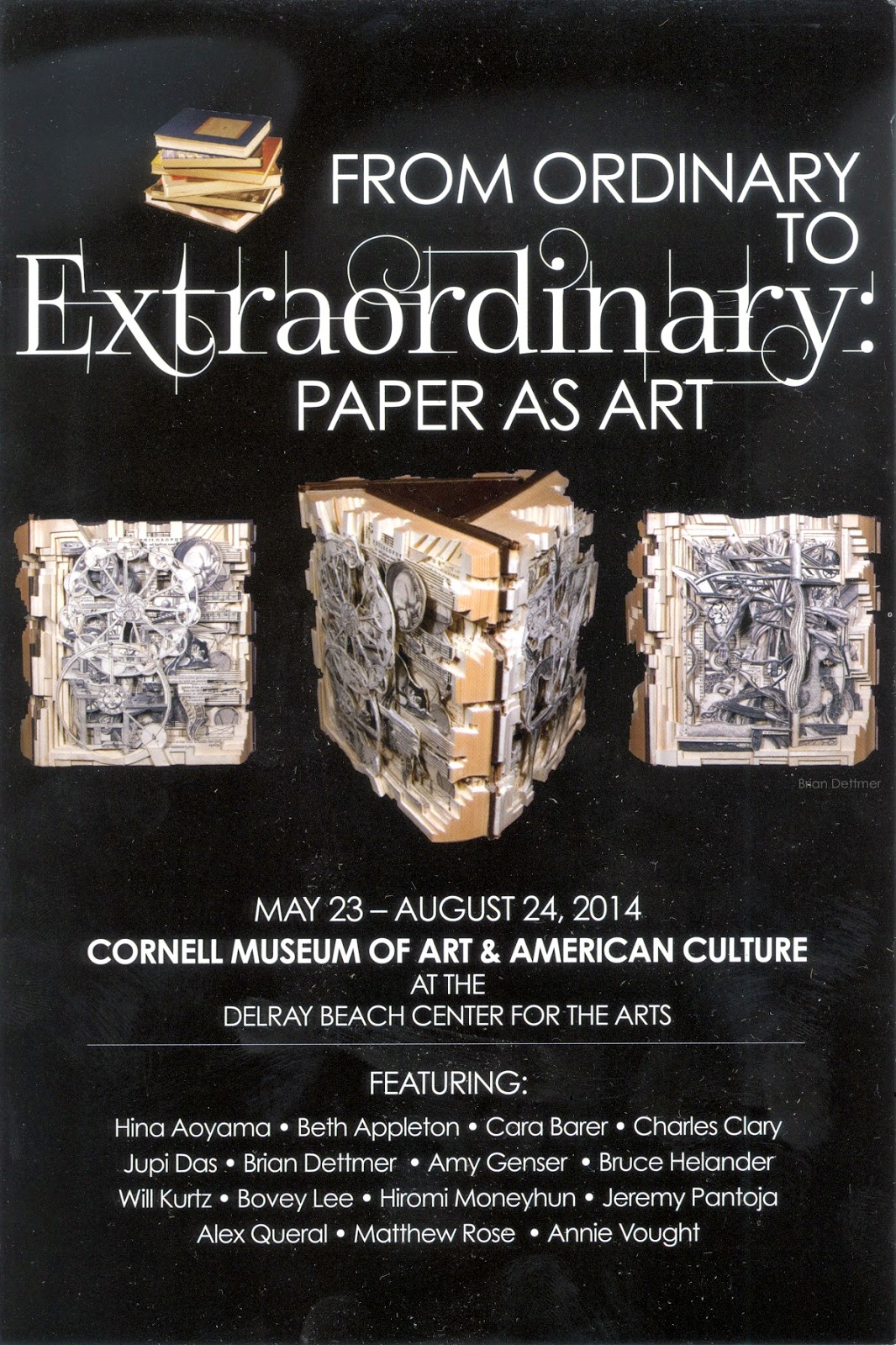 Curated by Melanie Johanson, From Ordinary To Extraordinary: Paper As Art at The Cornell Museum of Art & American Culture - 23 May - 24 Aug 2014 at the Delray Beach Center for the Arts.  Link to exhibition and info: Cornell Museum.

This premiere exhibit features approximately 75 exquisite works by 16 artists, who have been featured in galleries around the world. The artists in the show all use paper in one form or another to unfold a visual and narrative that is particular, enticing and extremely rare in these days of digital everything.  Cutting, scratching, painting, sewing, wrapping and gluing all come together in what is clearly a well imagined exhibition.

Several of the pieces were on view at my wall to wall exhibition, The Letters in the summer of 2013.  A full catalog (PDF) is available here: The Letters.

These works each have a story that might prove interesting.  Here is a  little bit about each: 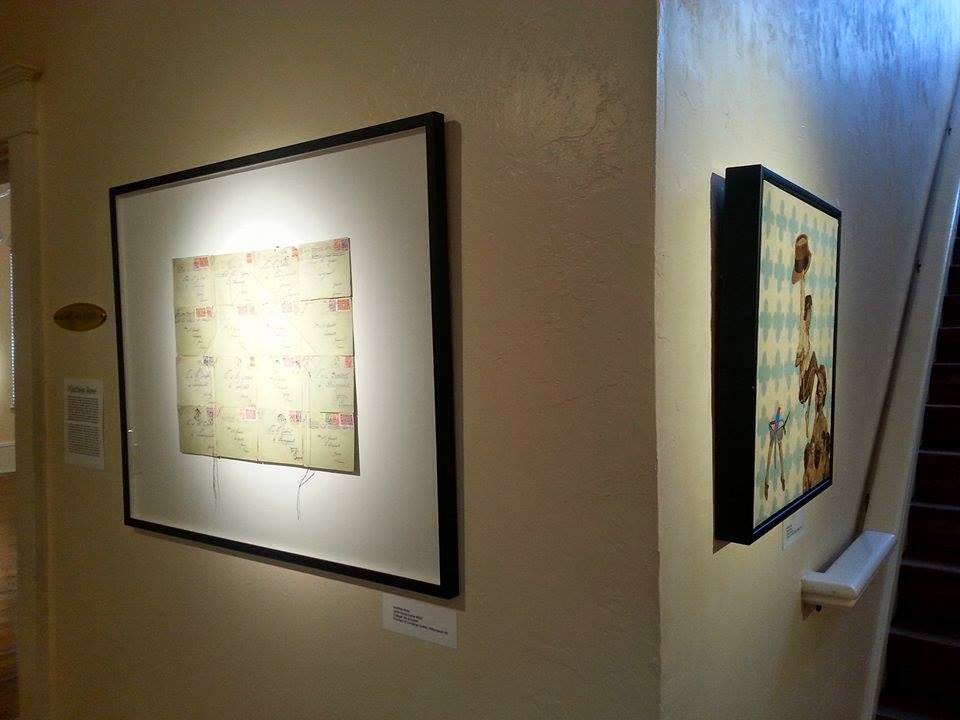 1. MONEY GRAM: From  The Letters exhibition in 2013, "Money Gram" is a sewn together "collage" of currencies real and antique, a global note on bank notes that takes a hint from Warhol's dollar signs but conceptually calculates not only the many hands in the art game, but the international tenor of the market place. The "gram" rubber stamped and then monogrammed onto the work indicates (beyond the pun) that it was mailed (or wired). Money in the mail from the world over. Calculating the face and current value of the currencies is part of the work as the values change; money is a changing asset, and sometimes valuable sometimes worthless.

2. SECOND NATURE: A classic collage work that brings together favorite subjects : women playing at being women, wearing masks and dancing to the male gaze. The elements of "Second Nature" all come from vintage 1950s Swiss lifestyle weeklies the artist bought at a massive street fair in Geneva.

3. 12:05. I've always been attracted to 1930s surrealism and this piece combines a few elements into a simple gesture that talks about time and timelessness, motion and stillness. There's a dash of de Chirico in here and while the boat is not the Titanic, it might as well be.  The collage has been featured in a half dozen magazines and books. 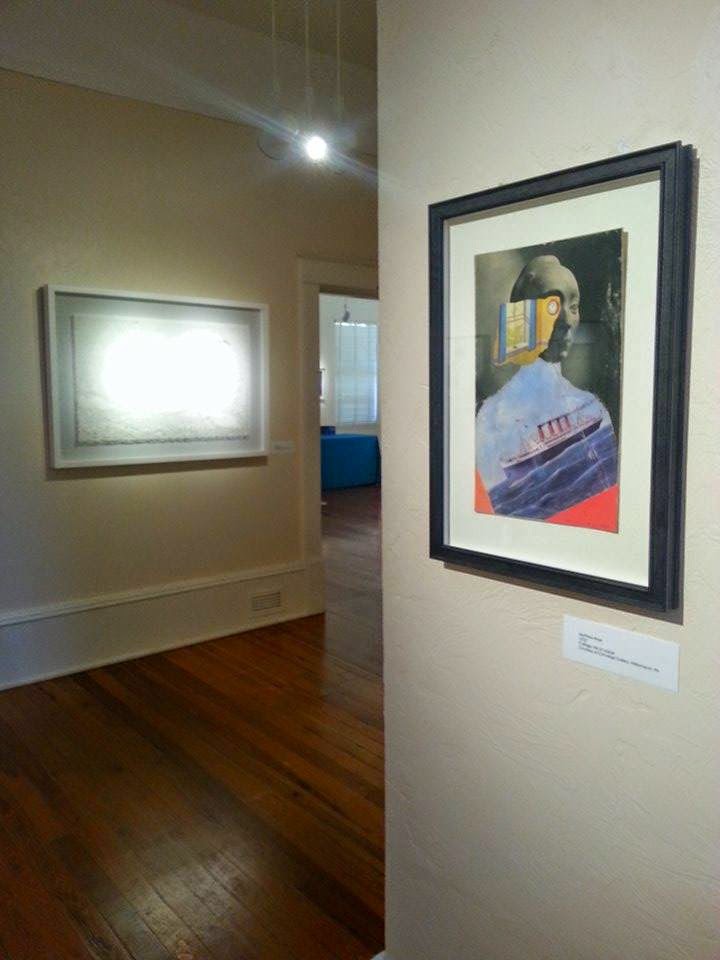 4. LETTERS HOME: This work consists of the envelopes of letters sent by a young French soldier (in 1948) from Algiers to his parents in Paris. I discovered them in an old warehouse junk store, bundled together and unloved and immediately I saw the piece unfold before my eyes for my The Letters exhibition: Letters Home.

The letters reported his daily routine and were sent like clockwork over a period of two years. I was moved by their unconscious boredom. My guess is this was the first time he was away from home, but also serving the French army in a hot spot colony of North Africa. I created a grid of them and asked my local seamstress here in Paris, Madame Yann, if she would sew them together following my chalk drawing of a house. She did and even obliged me by signing the back of the work (in Chinese). 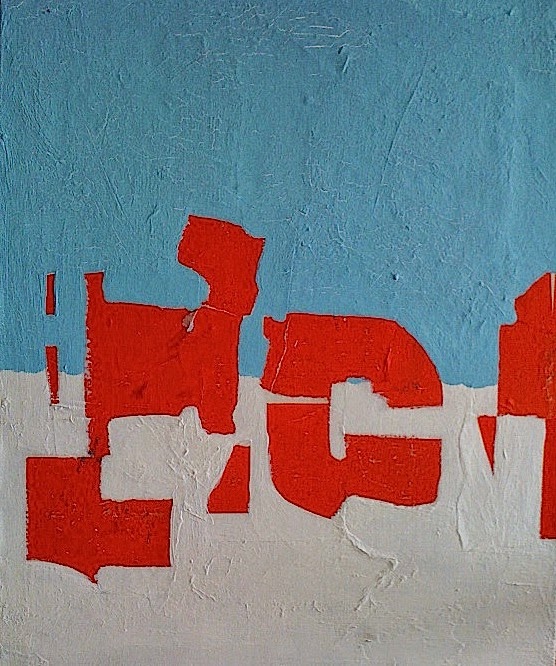 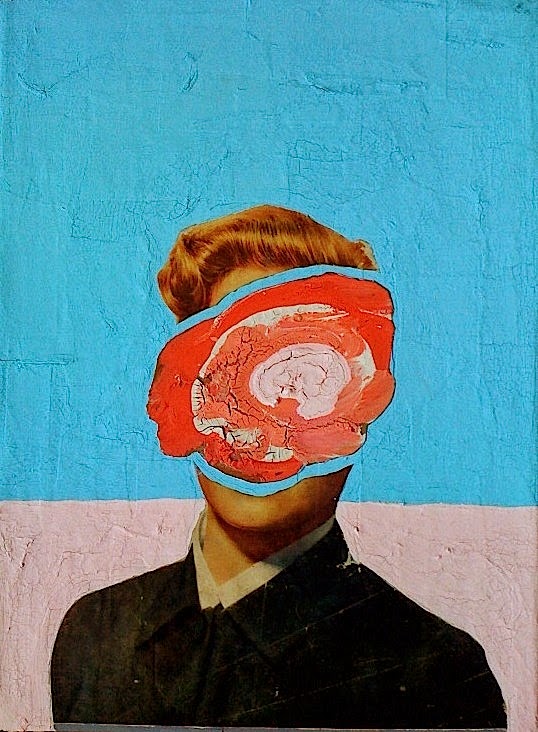 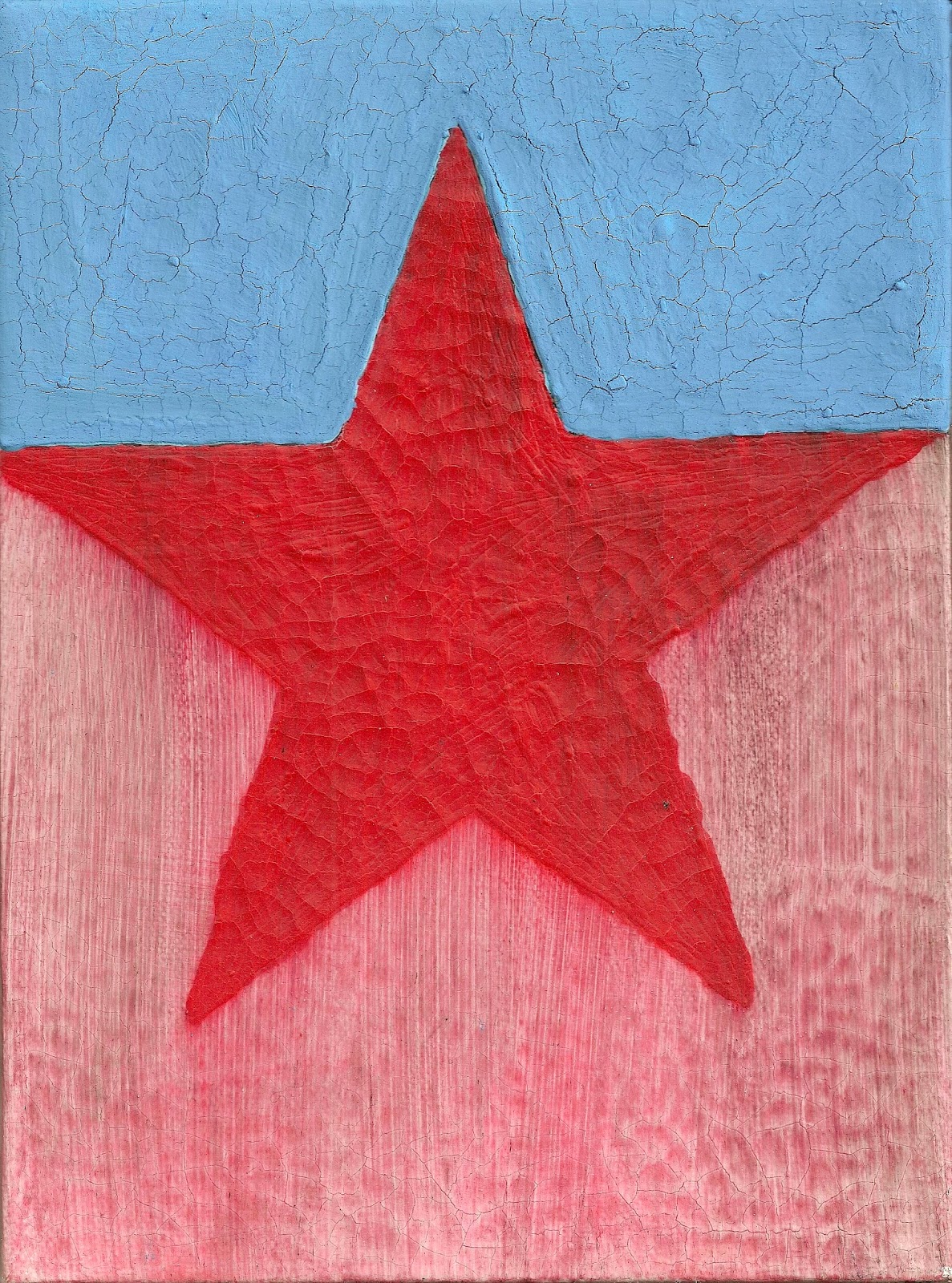 Posted by MATTHEW ROSE at 3:27 AM No comments: 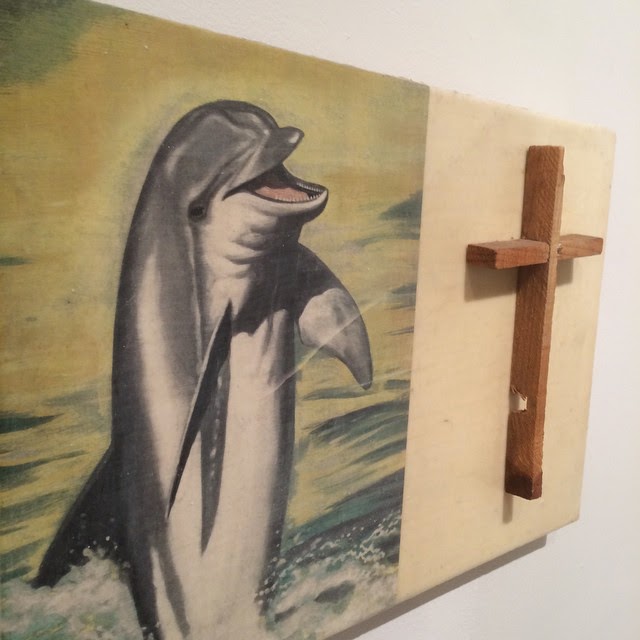 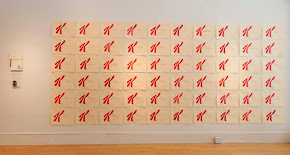 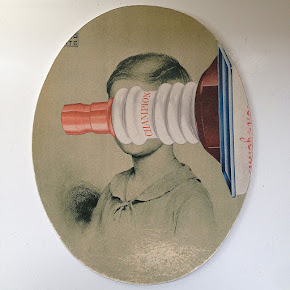 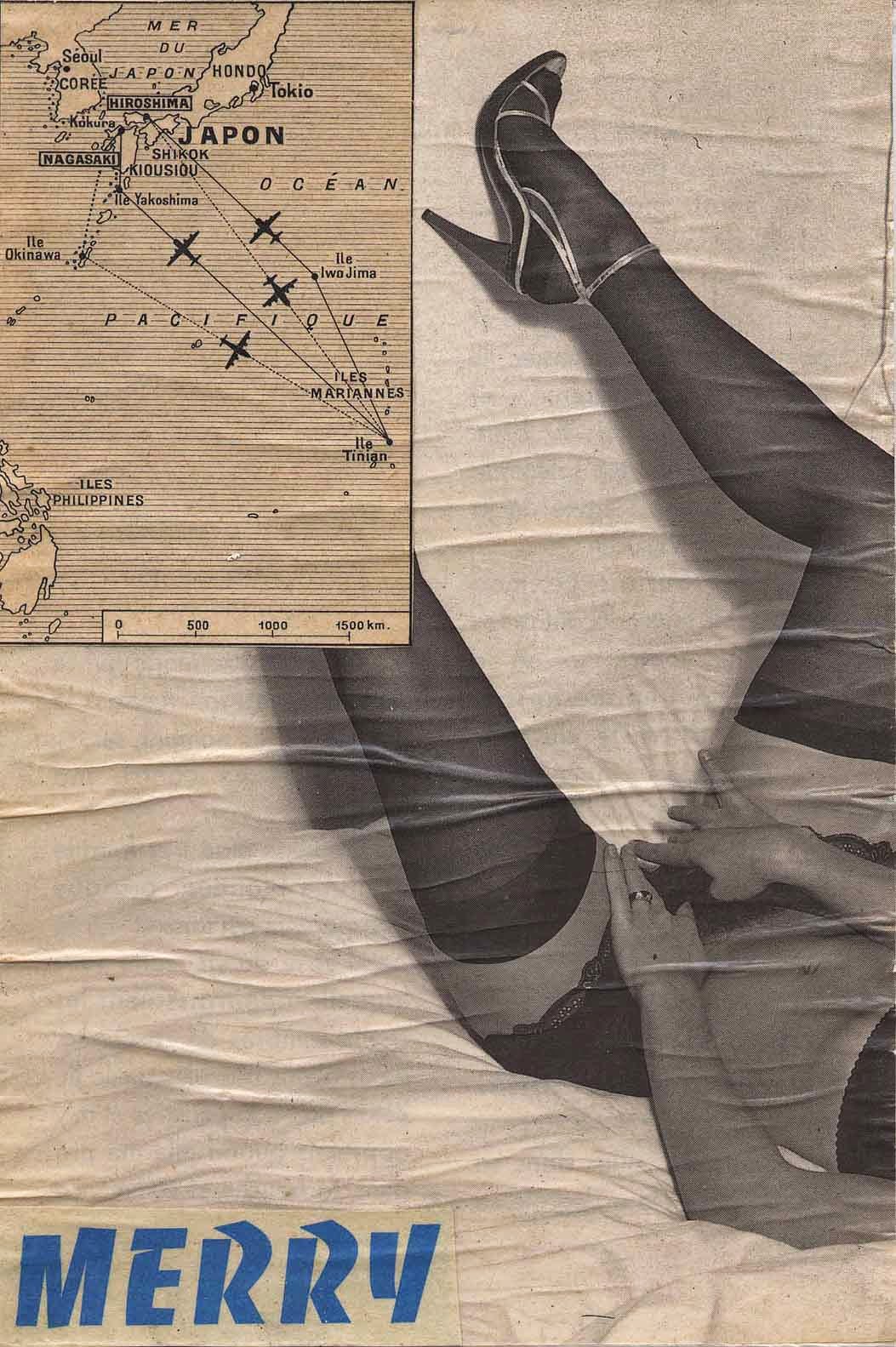 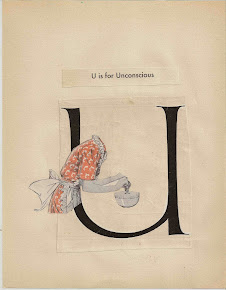 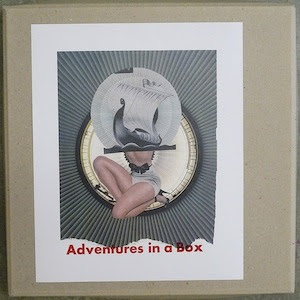 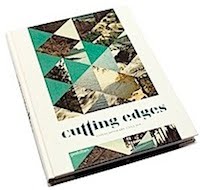 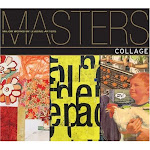 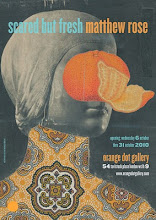 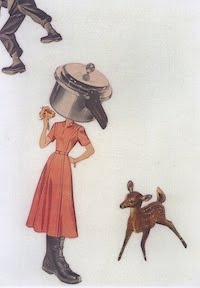